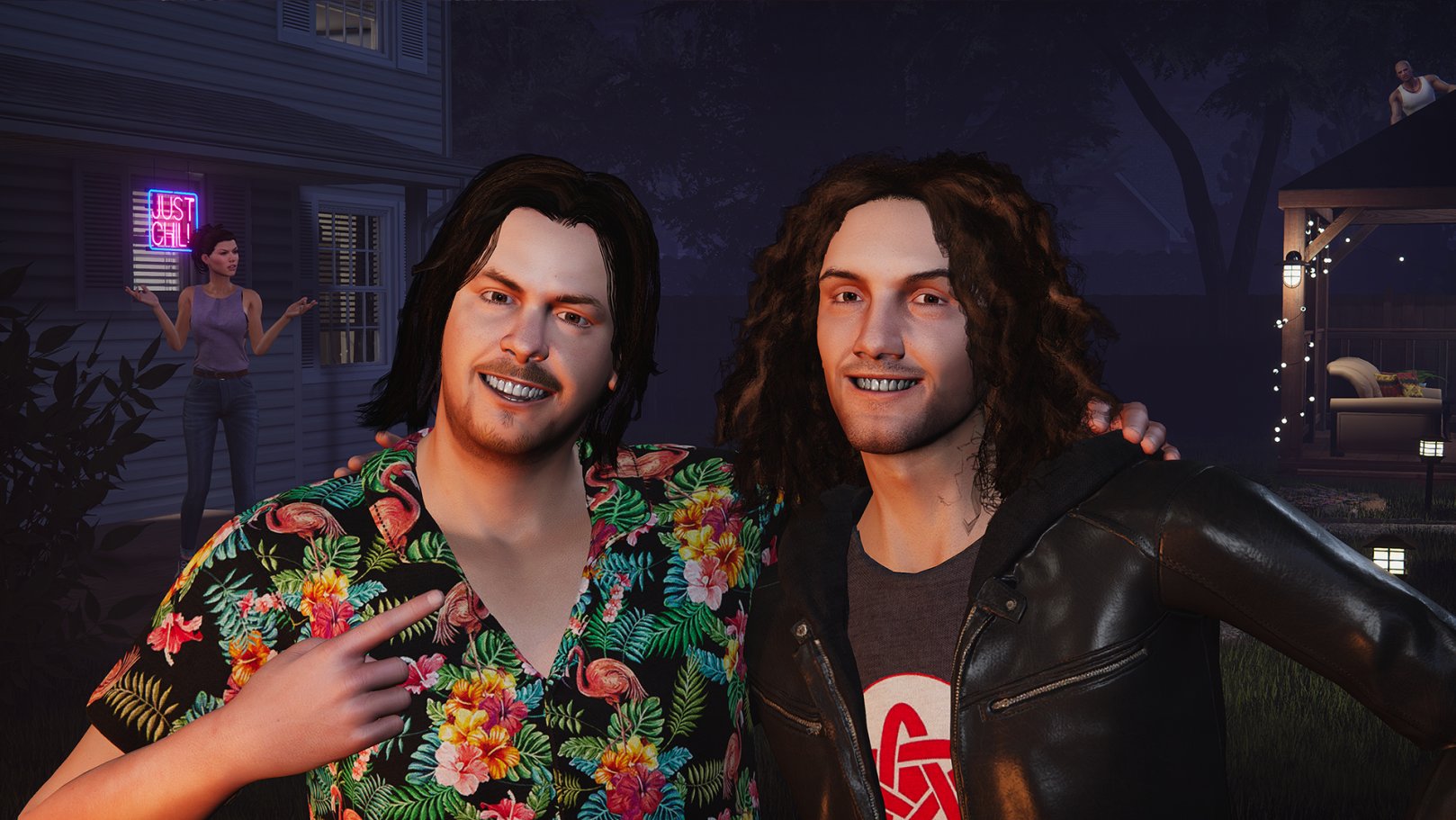 Dan, and Arin, who are some of the biggest gaming personalities on YouTube, join Steam’s sexiest party. This content update will add a brand-new branching storyline and tons of humorous interactions that longtime Game Grumps fans will certainly get a kick out of.

House Party, a game in Steam Early Access that has seen well over one million downloads to date, is releasing a highly anticipated update for fans and new players alike! This update will include the Game Grumps content release along with many other core game mechanic updates and UI overhauls, as well as a “fine-tuning” of the intimacy animations.  The update will be available this Tuesday, March 24, 2020. More details will be announced over on the House Party Steam page alongside a follow-up Press Release next week.

Players will be able to take part in a quest aimed at luring the famous Game Grumps duo, Dan and Arin, over to the party letting them loose to cause all manner of mischief. The characters are fully voice acted by their real-world counterparts. The grumps will also react and have plenty to say about the shenanigans you get into with other characters at the party, as well as get up to mischief of their own over the course of their visit

Viewers familiar with the duo’s House Party Let’s Play’s will find a lot of hidden inside jokes and references to gags during their previous streams.

Influencers and Media can pre-request a current Early Access Steam key along with a version of the game including the Game Grumps content playable and streamable before release: https://forms.gle/hVmxYddymGjziBPE6

After this new Game Grumps Content Release, House Party still has a ton of new features making its way to the game before it comes out of Early Access late 2020. In the coming months, players can look forward to a number of new things such as a new female playable character, a fine-tuning of the intimacy animations, and Vickie Vixen’s unforgettable finale.

“As for what’s left; after the Game Grumps are added, we still have stories coming for Derek, Frank, and Vickie’s finale “ending,” and then we will be releasing a female POV playthrough style, that will offer up most of the same quests, but with various twists and extra content that can only be experienced this way.  We’ll also be combing over all of the existing content and making sure we tie everything together in a cohesive way creating a nice sense of fluidity with the player’s choices.

House Party has to climax at some point, and your support has made it possible for our game to have the biggest explosive finale. And after HP has left EA behind late 2020, we’ll continue to support it while we begin working on our next venture-something we’re excited to talk more about, but only when the time is right.”

House Party is currently available on Steam Early Access for $24.99

Eek! Games, based out of Oregon, was founded by developer Bobby Ricci back in 2015. Bobby is a longtime fan of comedic adventure style games such as; Leisure Suit Larry and Space Quest. Initially, he wrote a unique 3D “Character Engine” and had planned to sell it as an asset. Instead, the game House Party launched in steam early access back in June 2017. Bobby’s founding vision was to create the most absurd characters he could think of as extreme parodies of various personalities.

The game’s early access launch was an overnight sensation, selling over 30,000 copies in the first few weeks alone and continued to 300,000 total sales during the first year. Since the early access launch, the game has now fully matured as an open-ended social simulator mixed with a point-and-click adventure inspired by classic comedies of the ’90s. Every decision changes your story, and every character has something to reveal.  As of August 2019, the game met an exciting milestone, being sold to over half a million players worldwide. Learn more on the official website here http://www.housepartygame.com